Share a memory
Obituary & Services
Tribute Wall
Read more about the life story of Arlan and share your memory.

Arlan Jean Bargloff, age 94, passed away on January 18th.  Arlan was born August 12, 1928, in Greenville, Iowa to Clarence and Alberta (Firebaugh) Bargloff.  He received his education in Sioux Rapids and Greenville where he graduated in 1946.  He enlisted in the Army and was stationed 4 of his 6 years in Alaska.  After the service he continued his education at Iowa State.

Arlan moved to Storm Lake, Iowa, in 1955 where he was part of Gutel & Son Farm Store.  He started his own company, “Barloff’s”, a construction company of grain storage and steel commercial buildings for farmers and elevators, where he had a long and successful career.

He was married in 1961 to Jeleen Carlson.

1st Lt Bargloff served as commander of the Storm Lake National Guard and during that time he served on a committee to make sure a new armory would be built in Storm Lake.

Arlan was an active businessman in the Storm Lake community by serving on the Industrial Board and the Buena Vista Conservation Board, and he participated with Chamber activities and fundraising events.  Arlan was particularly passionate about helping veterans over the years.

In 1974 he purchased land and developed the Bargloff Commercial Park north of Storm Lake where he built his new expanded Bargloff’s business.

Arlan retired in 1991, selling his business and moving to Sequim, Washington.  There he and Jeleen built a house looking over the ocean and enjoyed traveling in their motorhome.  Years later they moved to Dubuque and then Spirit Lake, Iowa.

To send flowers to the family or plant a tree in memory of Arlan Jean Bargloff, please visit our floral store. 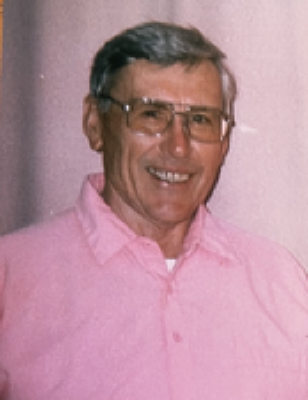 Family and friends are coming together online to create a special keepsake. Every memory left on the online obituary will be automatically included in the book.

You can still show your support by sending flowers directly to the family, or by planting a memorial tree in the memory of Arlan Jean Bargloff
SHARE OBITUARY
© 2023 Ouellette Funeral and Cremation Care. All Rights Reserved. Funeral Home website by CFS & TA | Terms of Use | Privacy Policy | Accessibility